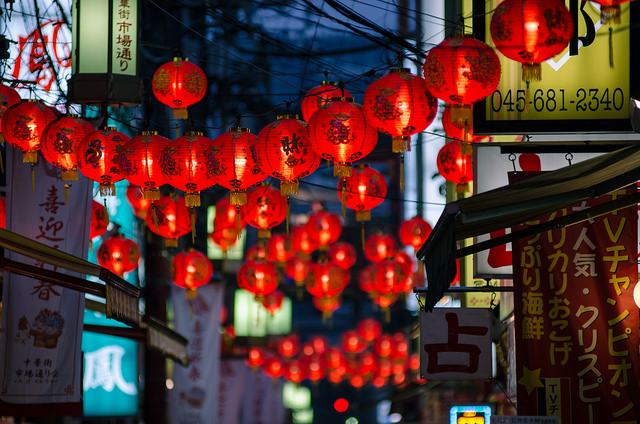 Chinese New Year 2015 Destinations
Chinese New Year falls on February the 19th this year and as we are celebrating the year of the goat, which is both Leesa and I’s Chinese zodiac, we wanted to share our favourite destinations to celebrate Chinese New Year in 2015. Even if you can’t visit these overseas destinations, we recommend that you immerse yourself in the cultural experiences offered in your local Chinatown areas during the festive season and in return we promise a lively atmosphere, delicious food, and great way to learn about a different culture, all without leaving your own city!
5. Sydney
Sydney is known for its large Chinese community and celebrates this fact with the biggest Chinese New Year Festival calendar in Australia. From tonight until the 1st of March, Sydney will be pulling out all the stops to ensure that you enjoy all that the Chinese culture has to offer. Highlights include the inaugural Chinese Lantern Carnival, Chinese New Year Twilight Parade, and weekend Dragon Boat races. Sydney is celebrating its festival launch tonight at Dawes Point from 7:30pm, so hop on over and let the fun begin!
Event Information // http://www.sydneychinesenewyear.com/
4. Hong Kong
Hong Kong’s Chinese New Year Celebrations were featured in the Forbes top 10 best festivals around the world, and rightly so. With the stunning Victoria Harbour for the backdrop of many of the festival’s events, Hong Kong is one of the best places to enjoy the excitement of Chinese New Year. Definitely be there on the 19th of February to watch the Cathay Pacific Parade.
Event Information //http://www.discoverhongkong.com/au/see-do/events-festivals/highlight-events/chinese-new-year-celebrations.jsp
3. London
Famous for being the home of the biggest Chinese New Year Celebrations outside of Asia, London is one of the top places to celebrate this year. London ‘s Chinatown will come to life during the festivities with traditional food and craft stalls and exciting lion dances. Don’t forget to get there early to secure your spot for the famous parade that stretches from the West End to Trafalgar Square.
Event Information // http://www.timeout.com/london/things-to-do/chinese-new-year-in-london
2. Singapore
Flights to Singapore are so cheap now that one quick direct flight can have you partying at a multicultural New Year’s Extravaganza in no time, and with pocket money left to party with. Visit the famous Chingay Street Parade on the 27th or 28th of February for an unforgettable night!
Event Information // https://chingay.org.sg/chingay2015/ticketing-details
1. Shanghai
Temple fairs are the best way to experience this amazing cultural event. Head to the famous Longhua Temple which is Chinese New Year’s symbolic temple. Locals and tourist gather there to watch the bronze bell being rung 108 times to ward away evil and bring luck for the New Year. End your night with a visit to the spectacular Lantern Parade at the Yu Yuan Old Town Bazaar.
Event Information// http://www.timeoutshanghai.com/feature/1011/Chinese-New-Year-in-Shanghai-2015.html